I was not a professional chess player any more after 1984. And then I went into a period of [not playing] for a few years, and then I reinvented myself. I worked hard, and I studied hard, and I got back into chess and the level of my game came back up to almost where it was, not as good, but at a pretty good level from 1988 to 1997. I played quite well. I got my FIDE up to 2560, so I was almost as good. I didn’t play that much internationally, I was playing mostly Swisses and I didn’t work hard on my openings as I had when I was younger. So I did fairly well at that time. And then I had financial problems, and I was getting older, and my energy was going down and it was harder to compete in the late ‘90s and then there was tremendous competition from European players coming over and competing in Swisses and the competi­tion was very tough. So it was a combination of several different things that led to my decline in the late ‘90s. And you know I’ve had some moderate successes in between, but I didn’t play very much since then.

We note it must have been disheartening for Walter to realize he could not support himself as a chess player, despite winning six U.S. Championships, doubly so as he came up in the late 1960s/early 1970s when everything seemed possible with the rise of Bobby Fischer.

The Leighton Allen Tuesday Night Marathon, a nine-rounder, started August 4 and runs until September 29. It’s still possible to enter with a half point bye for round one. The $50 entry fee for nine rounds of both FIDE and USCF rated chess is a good bargain, and includes free one-hour lectures before each round (5:15 to 6:15 pm). Grandmaster Timur Gareev will be the special guest lecturer on September 1. M.I. Chess Director John Donaldson will give a special lecture on the history of chess at the Mechanics’ on August 11.

From round 1 of the Leighton Allen Tuesday Night Marathon:

Congratulations to Senior Master Cameron Wheeler, who recently won the U.S. Cadet Championship in Rockville, Maryland. This brings Cameron’s USCF rating to 2445. Go to http://www.uschess.org/content/view/13143/141/ for a report on the event.

Sam Shankland tied for first place in the recently concluded Politiken Cup in Helsingor, Denmark. He is currently rated number 91 in the world, at 2656 FIDE.

A half-point behind was fellow Grandmaster Daniel Naroditsky. Daniel had a tough US Championship but since then had good results in Armenia, Chicago, Spain and Denmark bringing him up to 2634 FIDE. He is number 10 in the world for players under 21.

Portland Grandmaster James Tarjan almost joined Shankland in the winner’s circle narrowly missing a win in the last round. The following abridged notes to the game comes from John Henderson’s outstanding chess column, which can be found at www.1stmove.org/chess-news.

Eyeing up the b7-h1 diagonal and planning a queenside pawn push—White is in real trouble here.

Played in total and utter desperation. White was being outplayed, and after ...b5 the black queenside pawns would have quickly decided the game. But, unfortunately, the exchange sacrifice confuses Tarjan, who follows up wrongly.

And this is probably what Tarjan had missed—the tactical temporary queen sacrifice is a table-turner, as it not only gains an extra pawn but also now activates White’s powerful bishop pair.

Daniel Naroditsky will play another event in a week in Riga, Latvia, while Sam Shankland’s next tournament is the FIDE World Cup in Azerbaijan, this September.

A memorial for six-time U.S. Chess Champion Walter Browne will be held on Saturday, August 15, from 1 to 4 pm. Light refreshments will be served. All are invited to pay their respects. Those planning to attend are encouraged to RSVP the Mechanics’ Chess Club at [email protected].

This past April marked the 70th anniversary of the death of Haruo Ishima (1917–1945), who was killed fighting in the Po Valley campaign outside Bologna, Italy, on April 6, 1945. Ishida was awarded the Purple Heart with clusters, the Bronze Star, and received several combat medals. He is buried in Arlington Cemetery.

Ishida was a master strength player and contemporary of Olaf Ulvestad (they both went to West Seattle High School at the same time). He was Seattle City Champion in 1935 and 1936 and finished second in several Washington State Championships in the late 1930s. Ishida was an avid correspondence player whose games were published in the Chess Correspondent. He and Fred Reinfeld were the editors of a book on the 1938 Washington State Championship.

Andy Ansel and Fred Wilson pass along these three lost games of the Igor Ivanov found in a notebook of the late Bruce Albertston. They were played in the North Penn Fall Open in November 1982. 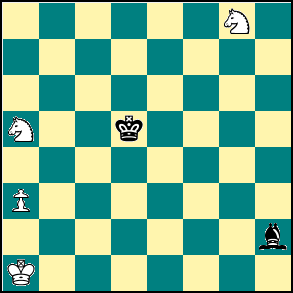 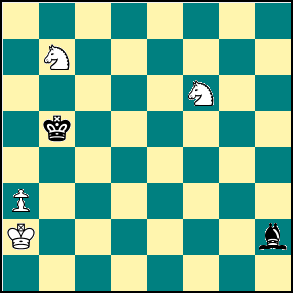 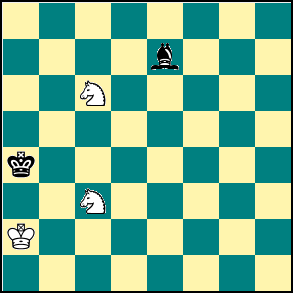 However, Black has a much tougher defense. White still wins, but it requires 44 moves instead of 8. White gradually advances his king, while using his knights to control the dark squares so the black bishop can’t attack the a-pawn on a3, a5 or a7. 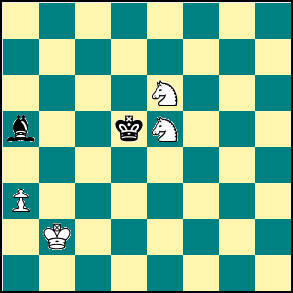 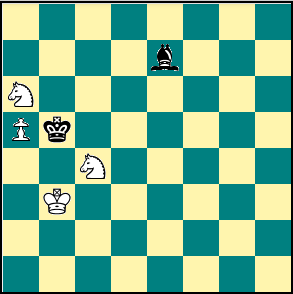 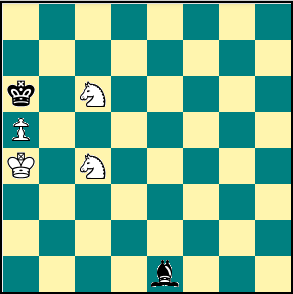 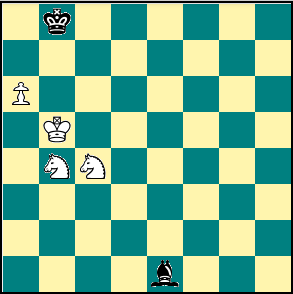 Rook andings are complicated. Here is one from a Grandmaster game. 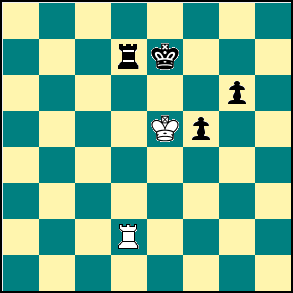 Both players make errors. With best play by both sides, the position is drawn, but the moves are not easy to find. ☐ means “only move”. 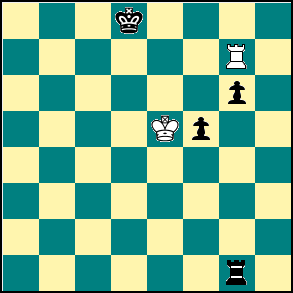 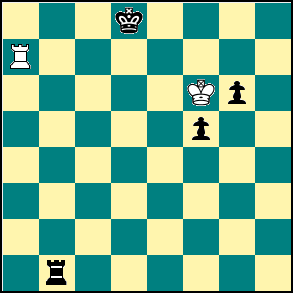 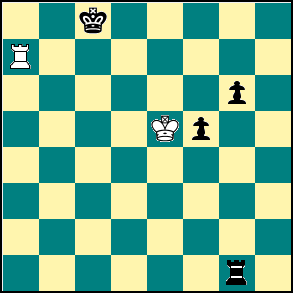 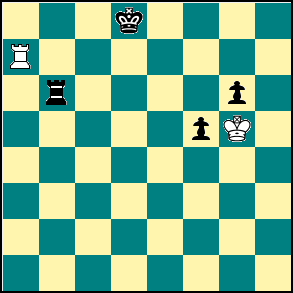 This is from Vladimir Belov–Ivan Popov, Moscow 2006. The position appears in John Nunn’s Nunn’s Chess Endings, volume 2, p 114ff, with a complete analysis and explanation.