A tough draw between veteran International Master Elliott Winslow and 12-year-old Master Josiah Stearman and wins by FIDE Master James Critelli and National Master Bryon Doyle leaves the four players tied for first with 6–1 scores going into the final round of the 126-player Spring Tuesday Night Marathon. Right behind them with 5½ points are Experts Michael Walder, Steven Gallagan and Yuan Wang.

Top FIDE-rated players in the Spring TNM are:

From round 7 of the Spring Tuesday Night Marathon:

The Summer Tuesday Night Marathon, an eight-round USCF- and FIDE-rated event, starts on May 24. A special memorial event, honoring the later Peter Grey, will be held before the start of round 2 on May 31. It will run from 4:30 pm to 6:15 pm and feature light refreshments and testimonials by Peter’s long-time friends Peter Stevens and Tom Stevens.

2) Bobby Fischer on Tour with the Log Cabin Chess Club

Shortly before his 13th birthday Bobby Fischer joined the Log Cabin Chess Of West Orange, New Jersey, in a barnstorming tour that stopped in Florida (multiple locations), Cuba and North Carolina. Fischer’s activities in Cuba and North Carolina have been previously documented, but the following material, first published in Bobby Fischer in Action (John Donaldson and Eric Tangborn, Kindle 2016, http://www.amazon.com/Bobby-Fischer-Action-Simultaneous-Exhibitions-ebook/dp/B01ACW1C02), is new.

R. E. Burry’s chess column in the Ft. Lauderdale Sunday News for March 4, 1956, ends with: Bob Fischer, the 15-year-old (sic) whiz of the Log Cabin Chess Club, played some eight or more of our players simultaneously, winning all but one game, which was a draw. Some additional games were not completed.

The authors were prompted to try to find out information about this exhibition after seeing a photo in the April 1956 issue of Chess Review which showed Fischer standing with four players seated in front of him, all with the black pieces. One of them was R.E. Burry. Regrettably no games appear to have been published from this impromptu exhibition.

Frank Brady’s Endgame devotes four pages to this barnstorming adventure and has much inside information. It’s particularly strong in explaining the many contradictory views held by the tour’s organizer and sponsor, E. Forry Laucks. The visit to Havana receives an in-depth look, but the other stops are not specifically covered.

We were able to find out a fair amount about the Florida stops in R.E. Burry’s chess column in the Ft. Lauderdale Sunday News for March 4, 1956.

On Thursday [editors: March 1] we were pleased to have a visit from the Log Cabin Chess Club of New Jersey. Here is the result of a match we played with this well known and much traveled team.

The match was played in Hollywood, Florida, and the chess columnist R.E. Burry wrote for the Fort Lauderdale newspaper. The two towns are next door to each other in Broward County hence the name for the team the Log Cabineers faced. We have never seen Fischer referred to as Bob, nor Whitaker as Norm.

What happened to the Greater Miami Club earlier in the week?

What is Fred Borges (U.S.C.F. 2000) doing playing above Whitaker and Fischer? Burry explains he played for the Log Cabin in the past when he lived up North and is still a member in good standing despite now living in Miami.

What happened to the Log Cabin Club in St. Petersburg on February 21st? You can’t win them all!

The brief New York Times recap of the tour mentions Whitaker and Bobby both finished the tour with identical scores of 5½-1½. If this is indeed the case then all of Fischer’s wins are accounted for.

He beat Rose (2030), Shaw (1858), Lynch (1922), Jenkins (1962) and Florido which means that he scored a loss and a draw in his two remaining matches—Tampa and another match with St. Petersburg mentioned by Chess Review. This performance also emphasizes that Bobby was seriously underrated—he would appear on the annual USCF rating list in May 1956 at 1726!

Note that in those days the USCF rating list appeared annually and could be seriously out-of-date—Bobby would win his first US Junior in Philadelphia in the summer of 1956. What makes Fischer the prodigy such a special case to this day is not how strong he was at 12 or 13, but the incredible leap in strength he made from the beginning of 1956 to the start of 1957—from expert strength player to U.S. Champion. This has never been matched.

Burry concludes his report with

...The Log Cabin Chess Club has had quite a tour, coming to us from Fairbanks, Alaska. They report that the Alaska Highway is dusty with lots of gravel and sharp stones. They played teams in California and Montana and Tijuana, Mexico and from Ft. Lauderdale went on to Cuba.

Bob Fischer, the 15-year-old (sic) whiz of the Log Cabin Chess Club, played some eight or more of our players simultaneously, winning all but one game, which was a draw. Some additional games were not completed.

The first paragraph requires some correction. The Log Cabin Chess Club went on the West Coast odyssey described above after the 1955 U.S. Open in Long Beach, not as part of this 3500-mile adventure along the Atlantic seaboard in early 1956. More worrying for those trying to match the cities the Log Cabin visited with dates is the last part of the sentence ...and from Ft. Lauderdale went on to Cuba. This directly contradicts Burry’s first sentence:

On Thursday we were pleased to have a visit from the Log Cabin Chess Club of New Jersey. Here is the result of a match we played with this well known and much traveled team.

Since the Log Cabin was definitely in Havana on February 25th and 26th there is a problem here.

The order given by Chess Review (April 1956, page 101), where the caption for the photo showing Bobby playing Laucks in Havana reads: Philadelphia, Hollywood, St. Petersburg, Miami, Tampa, Havana and Clinton. This doesn’t make things very clear, as traveling from New York to Miami, then back north to Tampa, then south again to Havana is not the most efficient itinerary.

Based on the information available we think one way the tour might have gone is as follows:

Note it is six hours from Tampa to Key West, which is closer to Havana than Miami. There was regular car ferry service between Key West and Havana in 1956 and Frank Brady in Endgame notes it took six hours.

This tour, which Bobby made accompanied by his mother Regina, was his first visit to the southern United States and a foreign country (Cuba).

15-year-old Ashritha Eswaran shone in the recently-concluded US Women’s Championship held in St. Louis, scoring 5½ from 11, including a last-round victory over Tatev Abrahamyan which knocked the latter out of first place. The San Jose High School student is nearing 2300 USCF (currently 2287) after this fine result and a victory in the Pan Am Continental Championship in April. She is coached by Bulgarian Grandmaster Dejan Bojkov.

Abrahamyan had been having an excellent tournament up to this point (8/10) so the way the Asritha outplays her more experienced opponent with first-rate positional play is particularly impressive. 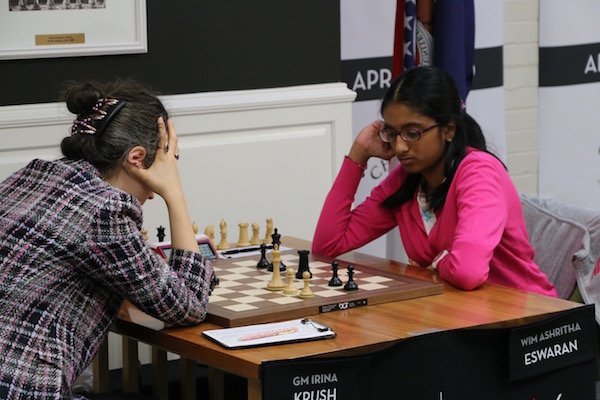 Irina Krush and Ashritha Eswaran during their round-seven game from the 2016 U.S. Women’s Chess Championship.
(Photo: Michael Klein for Chess.Com and the Chess Club and Scholastic Chess Center of St. Louis)

There will be a chance to reminiscence about Ray over light refreshments both before and after the event.

Honor Ray’s memory and make this a great tournament!

The Mechanics’ Institute is the oldest chess club in the United States. The Institute can be reached via BART. Exit Montgomery Street BART station.
The chess room is on the fourth floor of 57 Post Street, San Francisco.

Magnus Carlsen was White in this recent game, but it’s Black to move. Can he survive? 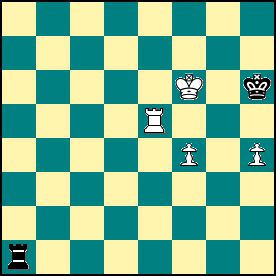 Alas, Black did not find the drawing line 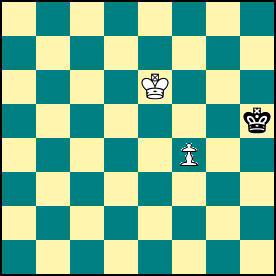 Black to move (analysis, after 4 Ke6) 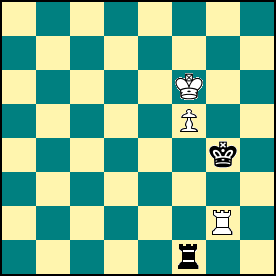 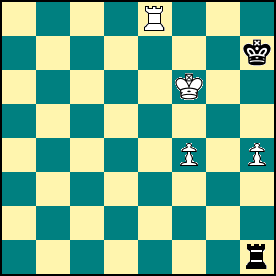 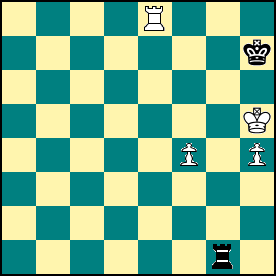 Black to move (analysis, after 4 Kh5) 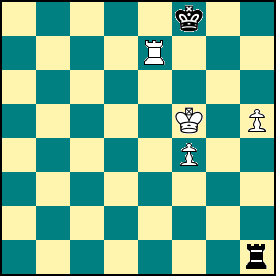 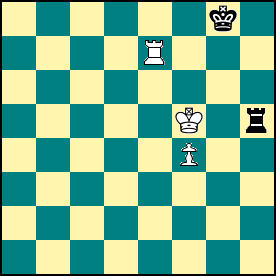 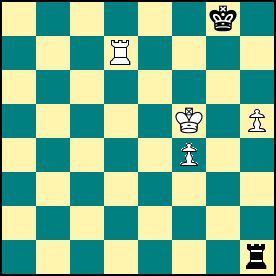 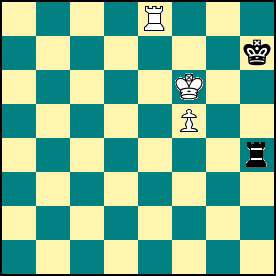 The actual game instead proceeded 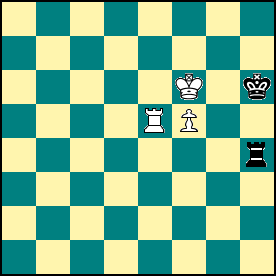 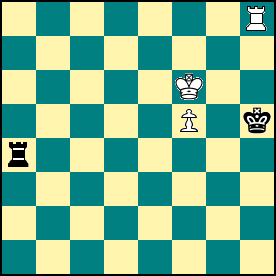 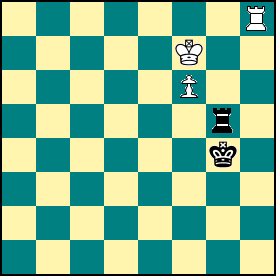 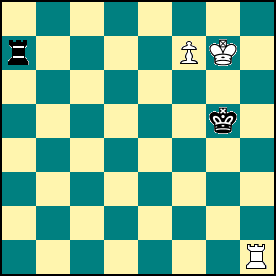 The game was Magnus Carlsen vs Peter Nielsen, Caxias do Sul, Brazil, March 2014, Festa da Uva (“Festival of Grapes”). The time control for this game was G/60.

From Chess.com, “The tournament saw a final show-down between the top seeds who had travelled to Brazil together: Carlsen and Peter Heine Nielsen of Denmark. The latter was one of six players with 7 points, so a draw was not enough for Carlsen, who had 7.5 points. The game reached the infamous f+h rook endgame which was a draw from the start. With little time on the clock both players couldn’t find the best moves (which is easy to say when you’re assisted by the tablebase), but in the end Carlsen won.” For the complete game, see https://www.chess.com/news/carlsen-scores-859-in-caxias-do-sul-rapid-swiss-9534.