Tactical skills = Practical skills. Hence, you need to solve exercises. Tactics are made up of lot of features: imagination and combinational vision is one thing, calculation is another. Calculation in its turn consists of many devices like candidate moves, elimination, comparison, attention to opponent’s counter-chances, etc. So you choose the area that you would like to develop, and then solve exercises based on it. This is sure to help you become better at tactics.

—Mark Dvoretsky, answering the question “What would you recommend to a student who would like to become better at tactics?”
For part two of the interview with the noted trainer go to
http://en.chessbase.com/post/mark-dvoretsky-s-final-interview-part-ii

The text breaks the rule of moving a piece twice in the opening, but several Grandmasters have played it.

5...Nc6 6.Nf3 would transpose into a well-known line in the King’s Gambit Declined. The text keeps the game in an obscure sideline of the Bishop’s Opening and Vienna Game. The solid 5...Be6 is quite playable here for those who want a less complicated game.

This is the only move that makes sense. White cuts off the knight’s support and opens the diagonal for his queen bishop. May the fun begin!

This natural looking move wins material but allows White a fierce attack. More commonly seen is 6...h5 7.Nh3 and now Black can choose between the more popular 7...Qh4+ and 7...c6 which may be better. 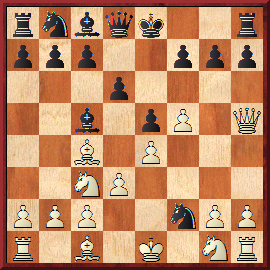 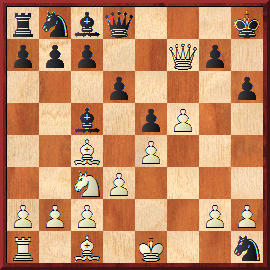 Jack Zhu, who is getting closer to 2400 every tournament he plays, won the 45th Carroll Capps Memorial over three International Masters the weekend of October 29–30. Zhu scored 5½ from 6, defeating IMs Elliott Winslow and Vignesh Panchanatham. His only draw was with National Master Conrado Diaz in round three, although he was in trouble against Panchanatham in the last round but used his large time advantage in the latter’s time pressure to good effect.

IM Winslow, NM Diaz and 10-year-old Expert Chinguun Bayerra (rated third for his age in the country at 2086) shared second with 4½ points. Jacob Sevall was clear fifth with four points in the 31-player field.

Last week there were 10 players and the results were

A blitz tournament is held each week, with sign-up beginning around 6:30 pm and round 1 starting at 6:45 pm. Play goes to about 9 pm. 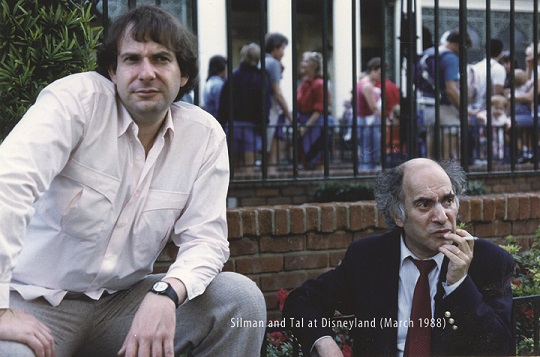 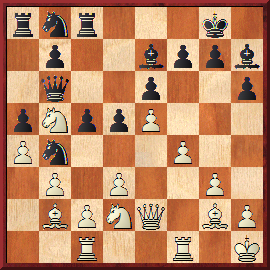 The start of a planned exchange sacrifice for tremendous positional compensation.

Black playing 20...exf5 instead of 20...Bxf5 also stopped me from winning the brilliancy prize.

82-year-old Viktors Pupols of Pousbo, Washington, continues to hold a USCF rating over 2200. 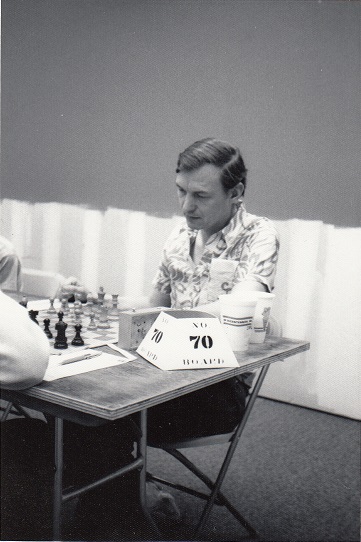 The annual Berkeley Chess Club Championship, which dates back to 1965 (won by John Smale) started last Friday (October 28). Top-seeded players are International Master Elliott Winslow and National Masters Ladia Jirasek and Roger Poehlmann plus Expert Derek O’Conner. The last, rated 1945 USCF at the beginning of June, is now 2166 and a good bet to go over 2200 by the end of the year.

Players can enter the event with a half-point bye for round one. Go to http://www.berkeleychessschool.org/programs/adult-chess-tournaments/ for more information.

Please note the Berkeley Chess Club is now meeting at a new location—The School of the Madeleine, 1225 Milvia, but enter the parking lot on Berryman.

Those traveling by BART should get off at the Downtown Berkeley BART station and board bus 7 or 18 at Center and Shattuck, getting off at Henry and Eunice after a 12-minute ride.

It’s a little over a mile walking from the Downtown Berkeley BART station to The School of the Madeleine along Shattuck and Henry streets.

This endgame was from a world championship. White has just given up a bishop and a knight for a black rook. Obviously, White is winning. Or is it Black? 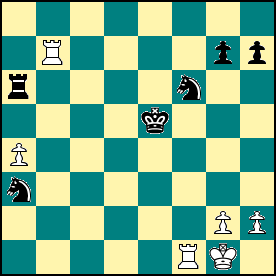 White was in time trouble, but is still playing well. 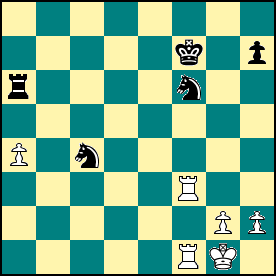 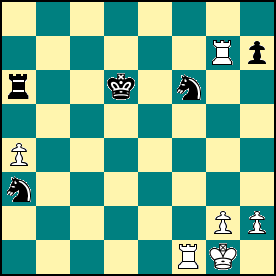 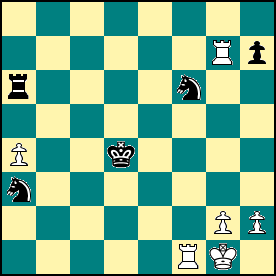 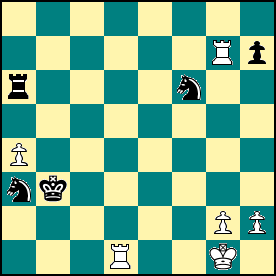 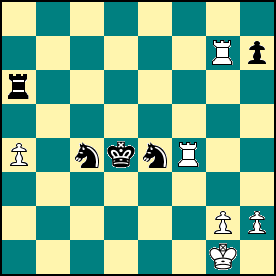 Black gives up his last pawn.

If White goes for the h-pawn immediately, Black gets counterplay: 35 Rxh7 Ncd2 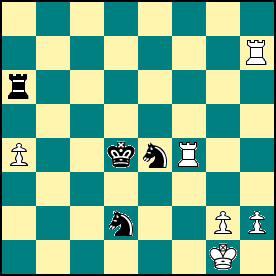 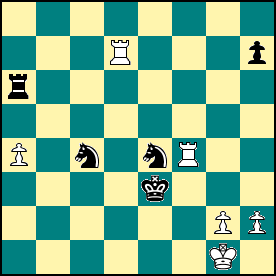 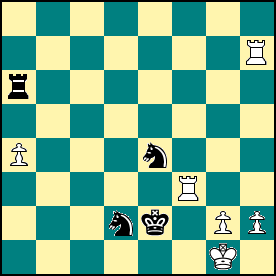 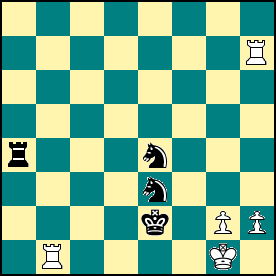 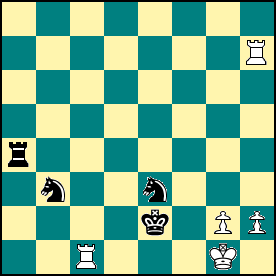 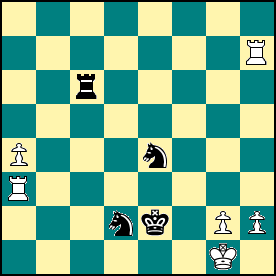 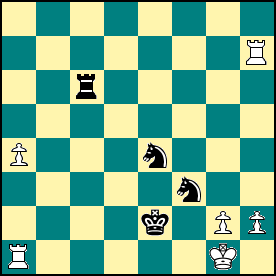 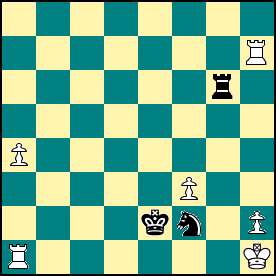 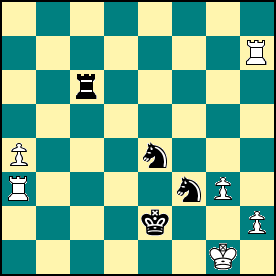 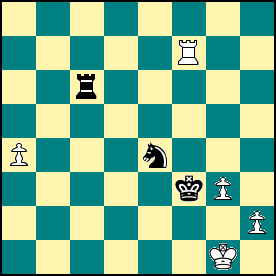 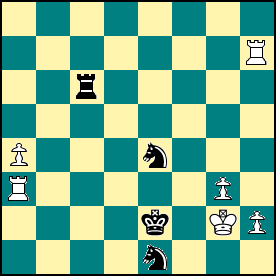 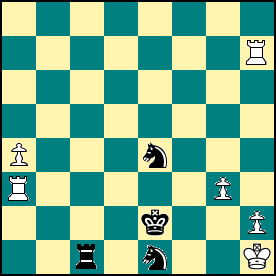 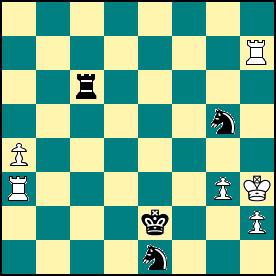 The game is Viktor Korchnoi–Anatoly Karpov, the 17th game of the 29th World Championship. This analysis is from Winning Chess Brilliancies, by Yasser Seirawan, which annotates the entire game, along with 11 others.

“The 1978 World Chess Championship was played between Anatoly Karpov and Viktor Korchnoi in Baguio City, Philippines from July 18 to October 18, 1978. Karpov won, thereby retaining the title.

The match of 1978 deserves its reputation as the most bizarre World Championship match ever played. Karpov’s team included a Dr. Zukhar (a well-known hypnotist), while Korchnoi adopted two local renegades currently on bail for attempted murder. There was more controversy off the board, with histrionics ranging from X-raying of chairs, protests about the flags used on the board, the inevitable hypnotism complaints and the mirror glasses used by Korchnoi. When Karpov’s team sent him a blueberry yogurt during a game without any request for one by Karpov, the Korchnoi team protested, claiming it could be some kind of code. They later said this was intended as a parody of earlier protests, but it was taken seriously at the time.”