The word prophylaxis was invented by Aaron Nimzowitsch. His definition and examples helped me to get a good idea about this term. However, he used it in a very narrow sense. For Nimzowitsch prophylaxis meant prophylactic moves, and this was the prevention of important pawn advances by the opponent. When I started to work on chess I realized that prophylaxis is much more important in a wider sense—it’s a way of thinking. It’s a way which helps us to find correct moves. You have to understand what your opponent wants to play. Sometimes you don’t need to defend against his ideas. Sometimes you must. So you already have a choice. But the most important thing related to prophylaxis is the skill to ask what my opponent wants to play. If you develop this skill, your play becomes much stronger. Therefore I do not use prophylaxis in my books, but instead use the term prophylactic thinking. This is because I concentrate on the process of thinking and not the moves. Moves are just the consequences.

The 107-player Fall Tuesday Night Marathon has a clear leader after the half-way point. 13-year-old FIDE Master Josiah Stearman defeated former Master Oleg Shaknazarov in a game in which he was defending throughout but always substantially ahead on the clock. The latter lost on time after failing to claim a draw by three-fold repetition of the position.

Stearman leads with a 5–0 score and Expert Hongkai Pan is alone in second with 4½ points, with a large group of players on 4, including Derek O’Connor (who lost to Pan) and Shaknazarov.

From round 5 of the Fall Tuesday Night Marathon:

The Newsletter normally focuses on players at the top of the crosstable. This time we examine the play of those further down.

The Russian-French-American Grandmaster Nicholas Rossolimo won many pretty games with this variation. 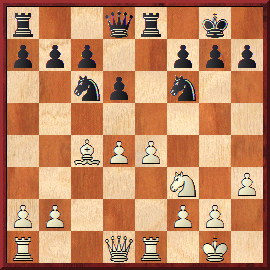 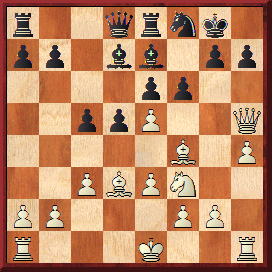 14. exf6 Bxf6 15. Ne5 offered White a slight advantage, but Stephen offers a piece, which leads to a forced draw with best play.

Here are the results from the last two tournaments. Note that there will be no blitz on November 23 because of Thanksgiving.

Thanks to National Master John Blackstone of Las Vegas, who discovered the following picture of Valentine Huber, the 1901 Mechanics’ Institute Chess Club Champion.

Many thanks to John Ramshaw and Guido Piccinini for their generous donation of chess books to the Mechanics’ Institute.

2) Chess and Tech meet at the Mechanics’ Institute Chess Club

Come play bughouse, blitz chess and more with fellow tech workers from around the city each month in the oldest chess club in the United States, home to Grandmasters Sam Shankland and Daniel Naroditsky. Sets, boards and clocks and light refreshments will be provided. All tech workers are welcome.

The Oklahoma Chess Monthly replaces Frank Berry’s long-running Oklahoma Chess Quarterly, and carries on its tradition in a monthly online format. It is a lot of good chess stuff, and it is free. All you have to do is take a moment to register at our website, http://ocfchess.org/ocf_home.html. Once you’ve signed up, download the first issue to read, and go there on the first of every month to get the latest OCM.

What’s in it? The first issue has 32 pages on these topics, plus a lot more. It mainly covers Oklahoma, but also Arkansas, Kansas, and north Texas. There are annotated games, photos, news, feature articles, historic articles, Top Lists, etc.

The Okie Chess Database is also a treasure—over 16,000 games of Oklahoma players (dating back 100 years), collected by Frank Berry. You can download it in either ChessBase format or standard PGN format into your computer for study or enjoyment. Many games are annotated. The main database is available now (up-to-date through September 2016), and we will periodically post updates that you can add to it.

The OCF is an association of chess organizers dedicated to promoting and preserving quality tournament sport chess in Oklahoma. We thus offer these free benefits to chess enthusiasts who wish to join us. We also organize tournaments and other events—with a full slate coming again in 2017. See you there. 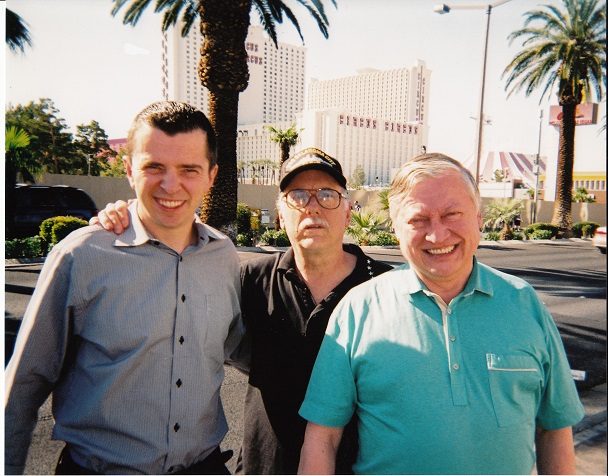 A useful if incomplete map of the chess sites of New York was produced for the World Championship match and can be downloaded at http://www.insidethegames.biz/articles/1043481/chess-map-of-new-york-unveiled-prior-to-world-chess-championship.

One major oversight was failing to include 80 East 11th street in the list of significant locations. This first hosted Paul Morphy for a dinner during the 1st American Chess Congress. Later famous chess book dealer Albrecht Buschke had his office there as did the U.S. Chess Federation in the 1960s. Another noted book dealer and chess instructor, Fred Wilson, has operated a chess store for over thirty years in this location. Mr. Wilson is open 12pm to 7pm Monday through Saturday and is located in suite 334. Contact information: (212) 533-6381, http://www.fredwilsonchess.com/.

252 players traveled to the SFO Hyatt Regency in Burlingame this past weekend to play in the U.S. Class Championships. The 25-player top section was won by Georgian Grandmaster Zviad Izoria, who now represents the United States. He scored 4½ out of 5, drawing only with Los Angeles Grandmaster Melikset Khachian in the last round. 16-year-old Senior Master Cameron Wheeler (now up to 2481 U.S.C.F.) and International Master Ray Kaufmann tied for second at 4–1, losing only to Izoria. Khachian was alone in fourth with 3½, with many players on 3, including the Mechanics’ Institute Saturday chess class instructor International Master Elliott Winslow.

Gata Kamsky, playing for Ladya Kazan, had the best result of any second board in the recent European Club Championship held in Novi Sad, Serbia. The 42-year-old Kamsky scored 6 out of 7, beating Richard Rapport (2730 FIDE) and Michael Roiz (2605) for a 2821 performance.

Kamsky’s result puts him back in the top 100 rated players in the United States. The U.S. has eight players on the list, possibly for the first time ever since the introduction of FIDE ratings, certainly since the 1970s.

The black pawn on d2 looks dangerous. Can White defend? 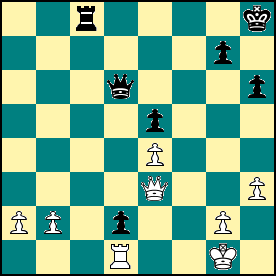 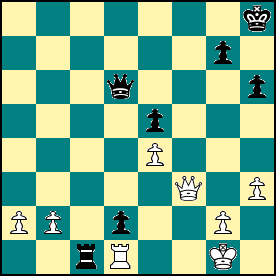 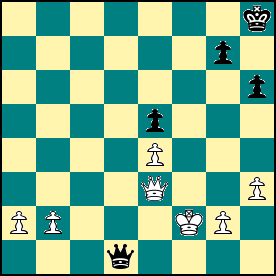 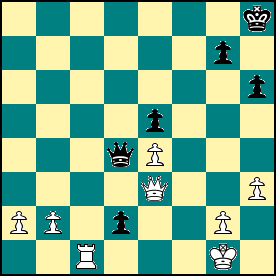 With his queen pinned, White maneuvers to get his rook onto the d-file. 33 Rc8+ Kh7 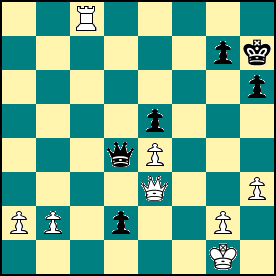 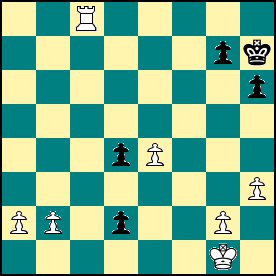 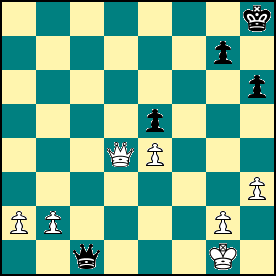 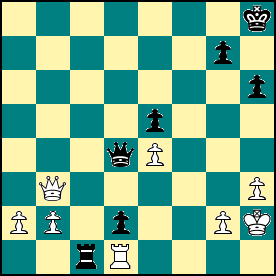 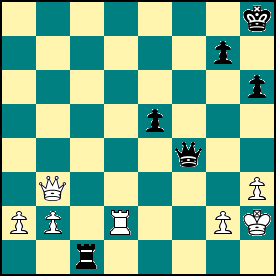 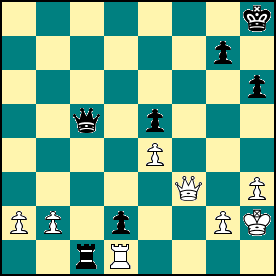 A trickier try would have been 33 Kf1 Qc2 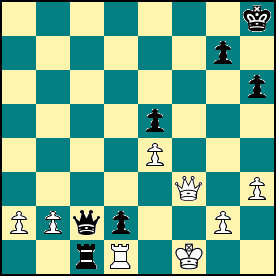 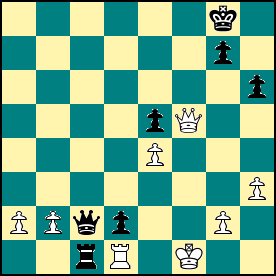 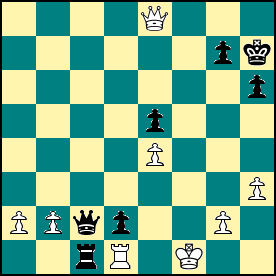 With no check available, White loses. 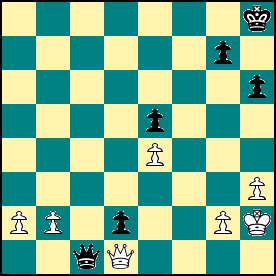 This endgame, Vetemaa–Yermolinsky, Leningrad 1973, and the analysis, are from GM Alex Yermolinsky’s excellent book, The Road to Chess Improvement. The future GM played this game at age 15. Alex was Grandmaster-in-Residence at the Mechanics’ for several years.