For me personally there wasn’t any kind of cognitive dissonance—it all went pretty smoothly. But chess, of course, has altered very significantly. The main change, a completely fundamental one, is the new evaluation of defensive resources. Previously a huge amount of analysis stopped in the region of move 17–19 with the symbol for “with an attack”—that was really good. Now, having worked with computers for decades, you understand very well that “with an attack” isn’t an evaluation. The computer defends positions that previously, having taken a single glance at the board, you’d consider to be mate. You didn’t know how, but there was no need—you’d find it at the board. But the computer finds such resources that people as well have started to evaluate defensive resources completely differently. It’s become clear how balanced the game is and how difficult it is to upset that balance.

—Peter Svidler, commenting on the recent World Championship match and answering the question “In New York we had children of the computer era, while you started out in a completely different time. How easy was the transition for you? And in general, how have computers changed chess?”

International Master Elliott Winslow leads a group of a dozen players who have perfect scores after two rounds of the Winter Tuesday Night Marathon. The event, which currently has 100 players in it, is the 12th consecutive TNM to reach the century mark in a streak going back to the Fall Tuesday Night Marathon of 2016. It’s not too late to enter the eight-round FIDE- and USCF-rated event with half-point byes for the first two rounds. 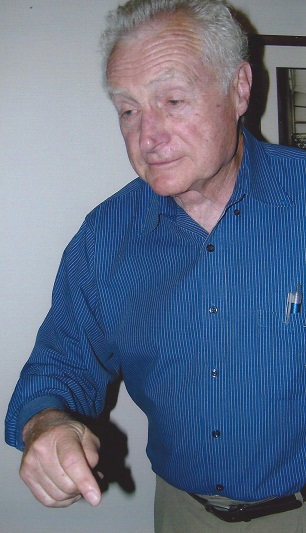 The Mechanics’ entry in the Pro Chess League is off to a successful start after defeating Pittsburgh Pawngrubbers 10–6 on Wednesday. The San Francisco Mechanics were led by Grandmaster Vinay Bhat, who won all four of his games (time control G/15 with a two-second increment), including a victory over reigning US Open Champion Alex Shabalov. IM-elect Cameron Wheeler scored 3–1. Next week the M.I. faces the San Jose Hackers, one of the highest-rated teams in the league, with several +2640-FIDE-rated players on its roster.

Tamaz Gelashvili, Ruifeng Li and Josh Friedel tied for first in the top section of the 794-player North American Open, held in Las Vegas from December 26–30. International Master norms were achieved by Cameron Wheeler, Nikhil Kumar and Nick Raptis. This was the third and final norm by Wheeler, a 16-year-old high school student from Cupertino. He should receive the IM title soon, as he has already met the other requirement for the title, a FIDE rating of 2400 or higher. Wheeler will join Kesav Viswanadha and Vignesh Panchantham as Bay Area IMs under 18 years of age. 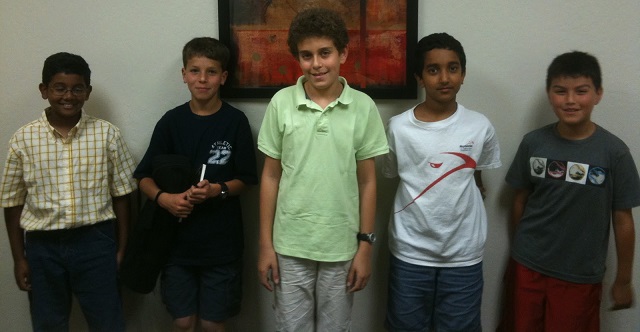 Noted coach and FIDE Master Michael Aigner of Davis, has compiled a list of Bay Area juniors who have earned the IM title before their 18th birthday.

There was more good news for local chess as Jack Zhu raised his rating over 2400 for the first time, and former Bay Area stalwart James Tarjan was in the fight for the top places for the entire tournament before losing a tough last round game to fellow Grandmaster Akshat Chandra.

Here is a key win by Tarjan against a promising young Senior Master from Washington state.

10.0–0–0 was also possible but not everyone would want to castle long having played a4. 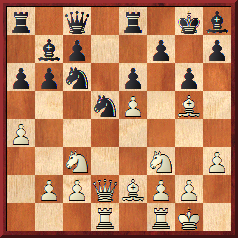 16.Bf4! surrendering the bishop pair to consolidate White’s space advantage was the correct course of action and would have offered a small advantage. 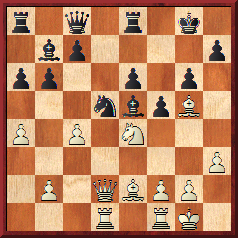 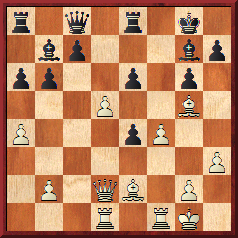 This loses. White had to keep his disadvantage to a minimum with 21.dxe6 Qxe6 22.Qd7.

Here is a position from what was probably a simultaneous exhibition. Which side was the grandmaster, and how did the game end? 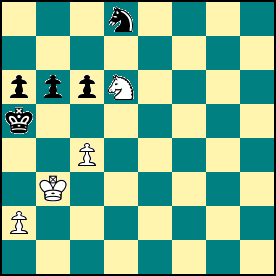 The solution revolves around the key square c5. 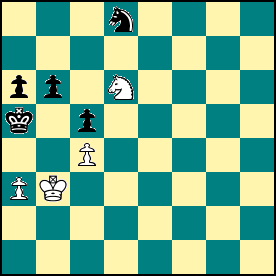 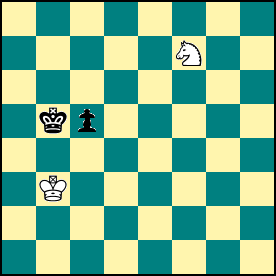 with an obvious draw. 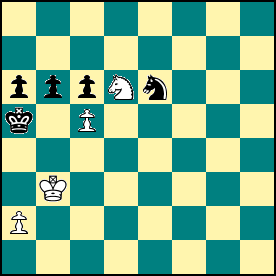 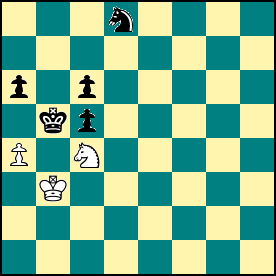 Black to move (analysis, after 3 a4 mate) 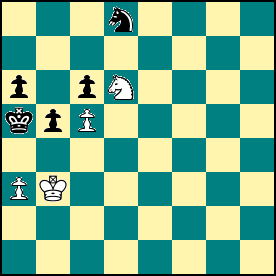 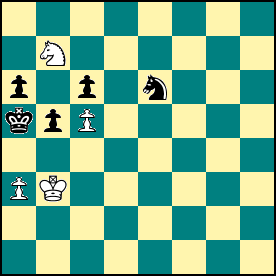 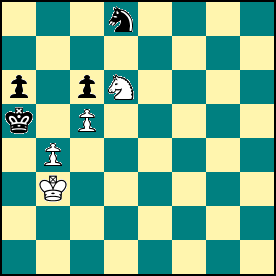 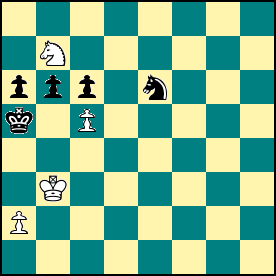 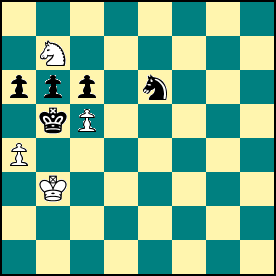 The game is Ossip Samoilovich Bernstein (1882–1962) a Ukranian GM, vs an unknown player, played in 1909. This position and its analysis appear in Chess Gems, by Igor Sukhin (Mongoose Press, 2007).